The laser cleaning process is very complex, involving a wide variety of material removal mechanisms. For a certain laser cleaning method, there may be multiple mechanisms during the cleaning process. This is mainly due to the interaction between the laser and the material, including the occurrence of Ablation, decomposition, ionization, degradation, melting, combustion, gasification, vibration, splashing, expansion, contraction, explosion, peeling, shedding and other physical and chemical changes.

The method mechanism mainly includes thermal expansion, gasification, ablation and phase explosion. The laser acts directly on the material to be removed on the surface of the substrate, and the ambient conditions can be air, rare gas or vacuum. The operating conditions are simple and the most widely used, it can remove all kinds of coatings, paints, particles or dirt. 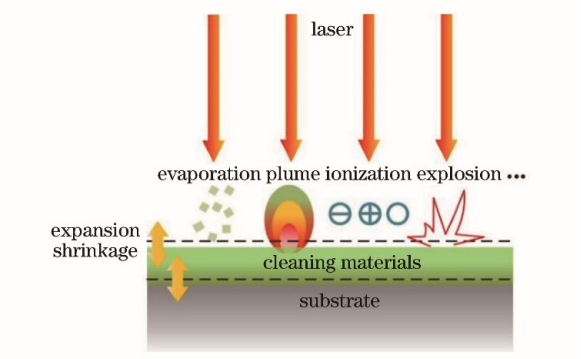 FIG. 1 is a process schematic diagram of a laser ablation cleaning method.

The method mechanism mainly includes liquid film boiling gasification and vibration. When using, it is necessary to select an appropriate laser wavelength, which can make up for the lack of impact pressure in the process of laser ablation cleaning to a certain extent, and can be used to remove some difficult-to-remove cleaning objects.

As shown in FIG 2, a liquid film (water, ethanol or other liquid) is pre-covered on the surface of the cleaning object, and then irradiated with a laser. The liquid film absorbs the laser energy to cause a strong explosion of the liquid medium. The boiling liquid of the explosion moves at a high speed and transfers the energy to the surface cleaning material. The high transient explosive force is enough to remove the surface dirt to achieve the purpose of cleaning. 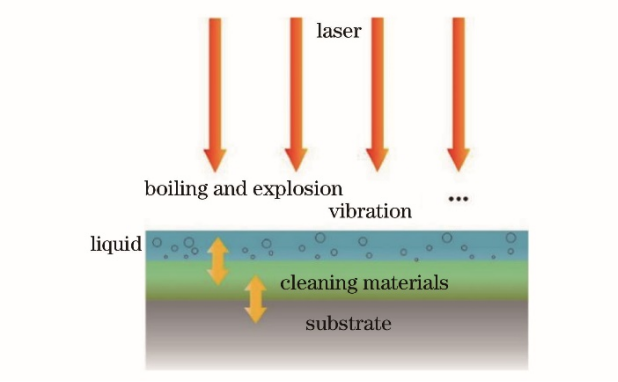 The process method and mechanism are very different from the former two. The mechanism is mainly shock wave force removal, and the cleaning object is mainly particles, which are mainly used to remove particles (sub-micron or nano-scale). The process requirements are very strict, not only to ensure that the air can be ionized, but also to maintain a suitable distance between the laser and the substrate to ensure that the impact force on the particles is large enough.