You are here: Home » News Center » Industry News » One glass wire to beat the world

One glass wire to beat the world

One glass wire to beat the world

Nature gives us light, regardless of whether it is a particle or a wave for a moment.

Living organisms have given us eyes to observe light.

Physics has helped us to understand light.

Materials science gives us the tools.

From passive enjoyment to active manipulation.

From natural light to artificial light.

From linear propagation to flexible transmission.

The development of fiber optics is a classic example of man's use of nature. 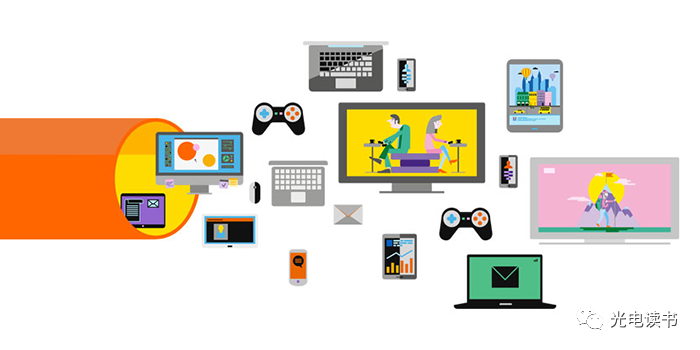 Modern optical fibers are used for light transmission through fibrous glass or plastic materials, which take advantage of the difference in refractive index to achieve total reflection. The core medium has a higher refractive index than the surrounding material, and light continues to be reflected back into the core and continues to travel down through the core. Fiber optics can transmit voice, images, and other information at speeds approaching the speed of light.

(i) Who invented optical fiber?

Researchers Robert Maurer, Donald Keck and Peter Schultz at Corning Glass invented optical fibers (Patent No. 3,711,262), which by then were already carrying 65,000 times more information than copper wire, even to destinations up to 1,000 miles away. This method of fiber optic communication and the quartz glass material chosen openning the door to the commercialization of fiber optics. The tremendous bandwidth (carrying large amounts of information), ultra-low cost, and resistance to electromagnetic interference are unbelievable properties that mankind enjoys to this day. In addition to communication, it is now emerging in new areas such as the Internet, medical endoscopic devices, and sensors. 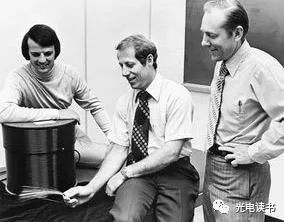 (ii) Look at history and learn from the barbarians

Reading history makes you wise, going back 170 years for a moment.

1854: John Tyndall demonstrates to the Royal Society that light can travel through curved water streams, proving that light signals can be bent. 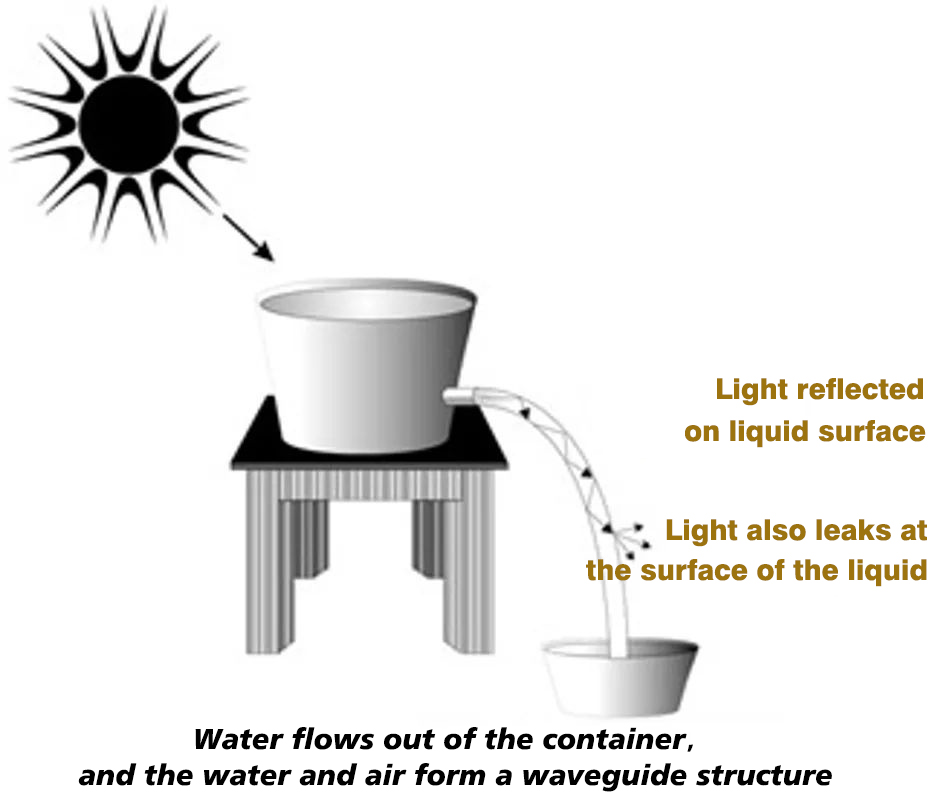 1880: Alexander Graham Bell and Charles Sumner Tainter invent the "photo phone". A photo phone is a device that transmits speech over natural light. Bell used a mirror to focus sunlight and then used a mechanism that caused the mirror to vibrate. At the receiving end, a detector picks up the light beam with the sound vibration information and decodes the sound signal. This has been much like how telephones now process electrical signals. 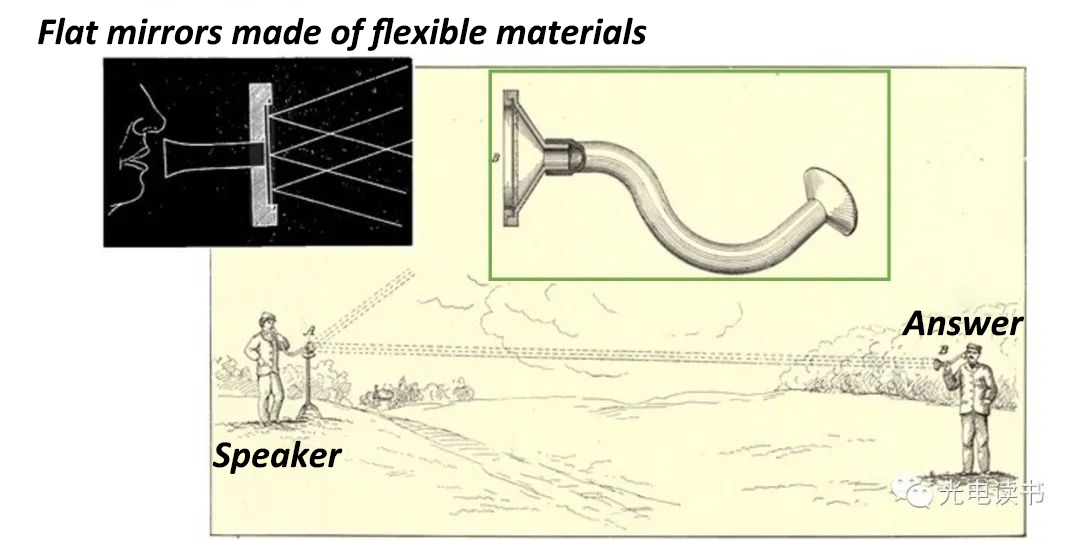 Schematic representation of the principle of optical telephones

This device uses sunlight, based on the absorbing effect of the earpiece on light. The person on the left speaks into the microphone and his voice causes the air to vibrate, which in turn causes the mirror to vibrate. This vibration causes the light to be rapidly "interrupted" and "switched on" on the receiving side, creating a "pulse" of light. The instantaneous absorption of light causes the molecules of the material in the earpiece to expand instantaneously, creating a mechanical wave associated with the frequency of the light "pulse", and the receiver hears the message. 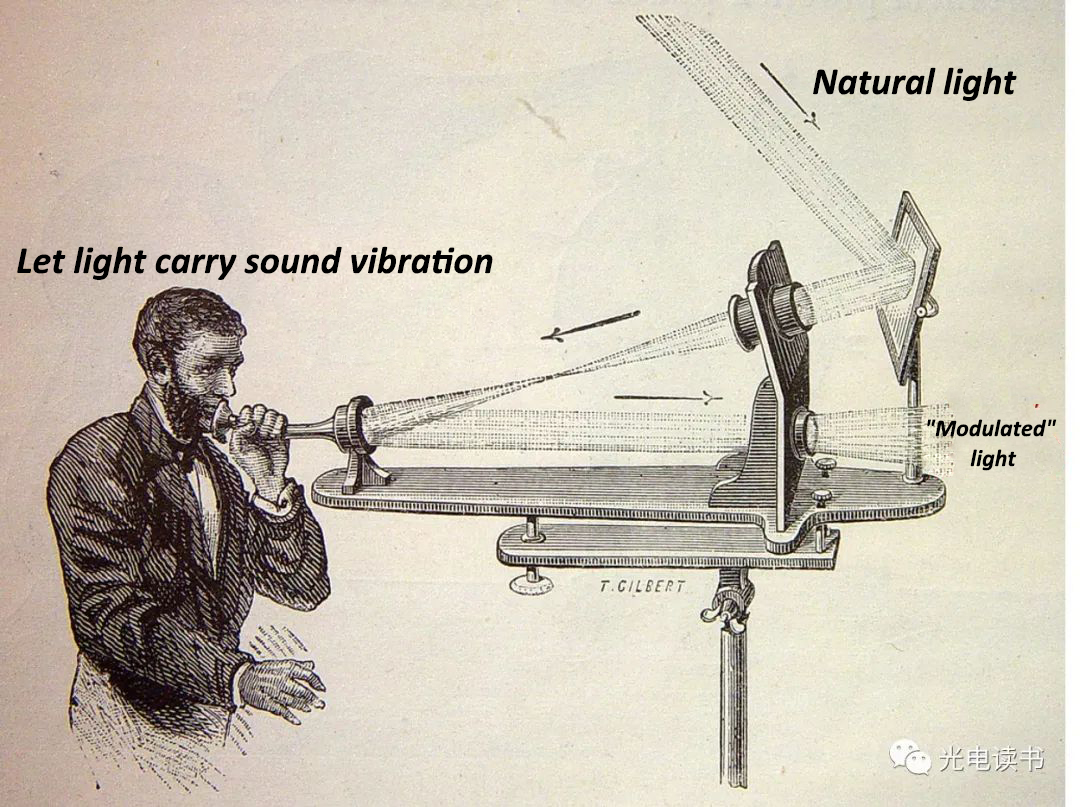 Bell repeatedly conducted experiments on this technique and demonstrated that repeated, rapidly blocked light shining on dark-colored matter could produce sound - the photoacoustic effect. Bell wrote academic papers, which were published in the American Journal of Sciences in 1880 and 1881, and in the Philosophical Magazine Series.

Unfortunately this communication technology was not eventually able to be adopted, not only was it poor at transmitting sound, but it was also affected by too many environmental constraints. However, the longest transmission distance at the time reached over 800 meters. Bell considered the optical communicator to be his most important invention. Of the 18 patents granted in Bell's name alone, and the 12 he shared with his collaborators, four were for the optical communicator, which Bell called his "greatest achievement" and which he said shortly before his death was "the greatest", greater than the telephone. Greatness. 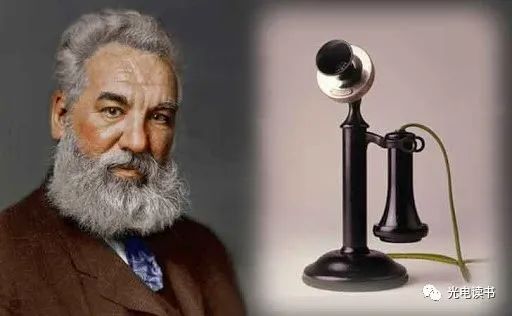 Bell and his phone.

The optical telephone was the precursor to fiber optic communication systems. The telephone invented by Bell is still in use today.

1880: William Wheeler invented the light conduit system lined with a highly reflective coating that used light from an arc lamp and directed it through the conduit around the house to illuminate it. (This idea is now utilized in lighting systems, such as bringing sunlight into basements, bridge caverns, and tunnels.) 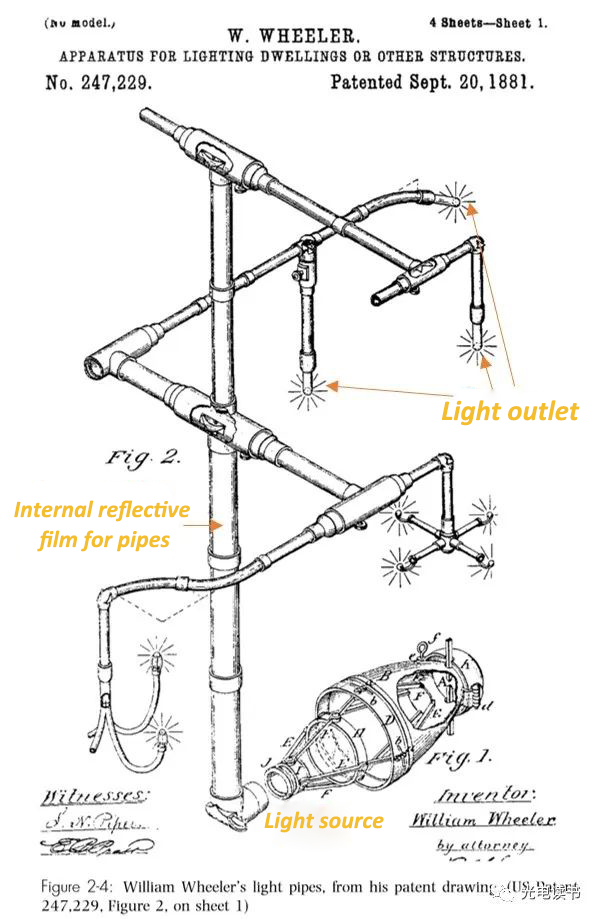 The light source is illuminated by a reflective film coated pipe

1888: The medical team Roth and Reuss in Vienna use a curved glass rod to illuminate the body cavities inside the human body. This would have been the precursor to the optical endoscope.

-1895: Henry Saint-Rene, a French engineer, designs a system of curved glass rods to guide light images in an attempt to use them in early television.

-1898: David Smith, an American, patented a bent glass rod device that could be used as a surgical light. 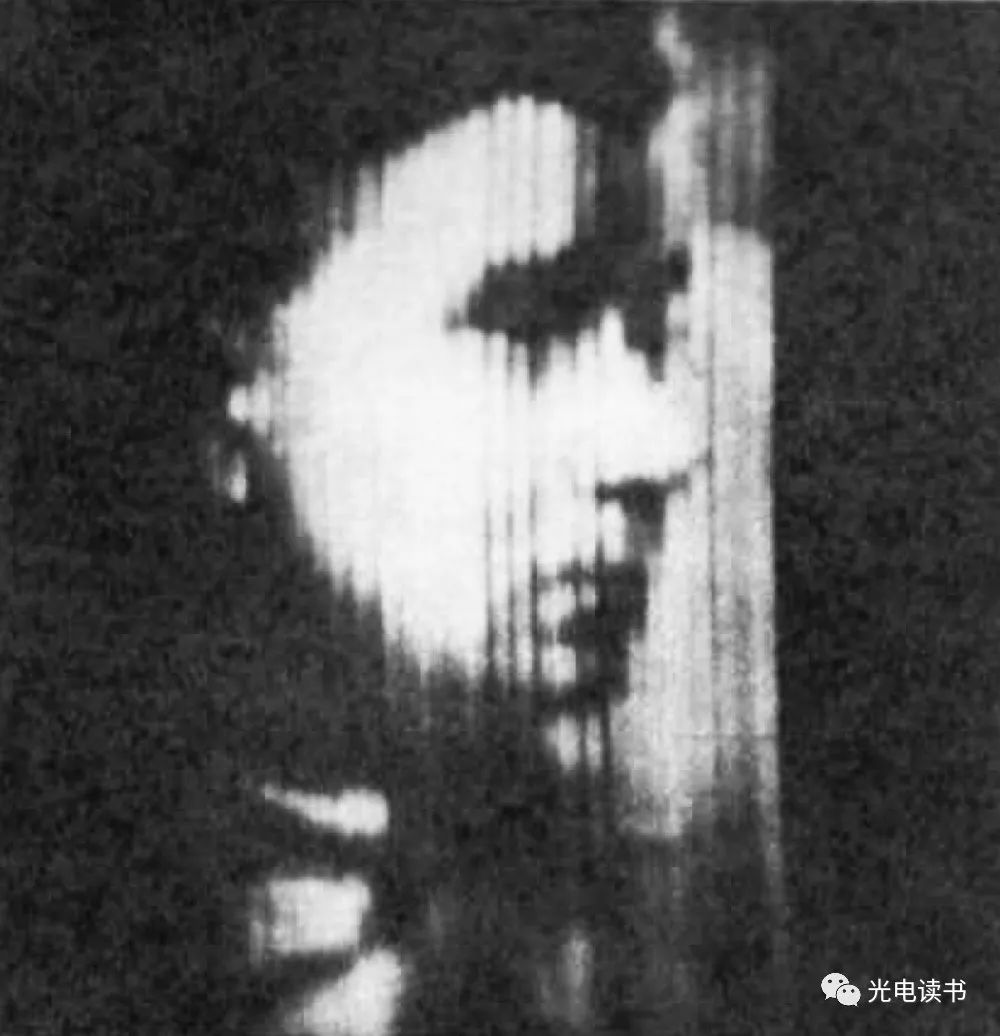 1930: German physician Heinrich Lamm is the first to assemble a bundle of optical fibers to transmit images.Lamm's goal is to look at unreachable parts of the body. In the course of his experiments, he tries to transmit an image of a light bulb. However, the quality of the image was not good and Lamm's patent application was rejected.

1954: Dutch scientist Abraham Van Heel and British scientist Harold H. Hopkins write separate papers on imaging bundles. Hopkins reported imaging of fiber bundles without cladding, while Van Heel reported imaging of fiber bundles with cladding. He covered the exposed fibers with a transparent cladding of lower refractive index. Fibers with cladding avoid reflective surfaces from outside influences that would cause light leakage even if they touched other materials; they also reduce the dryness of the fibers when they come into contact with each other (low decay has been a constant goal of fiber developers until now). 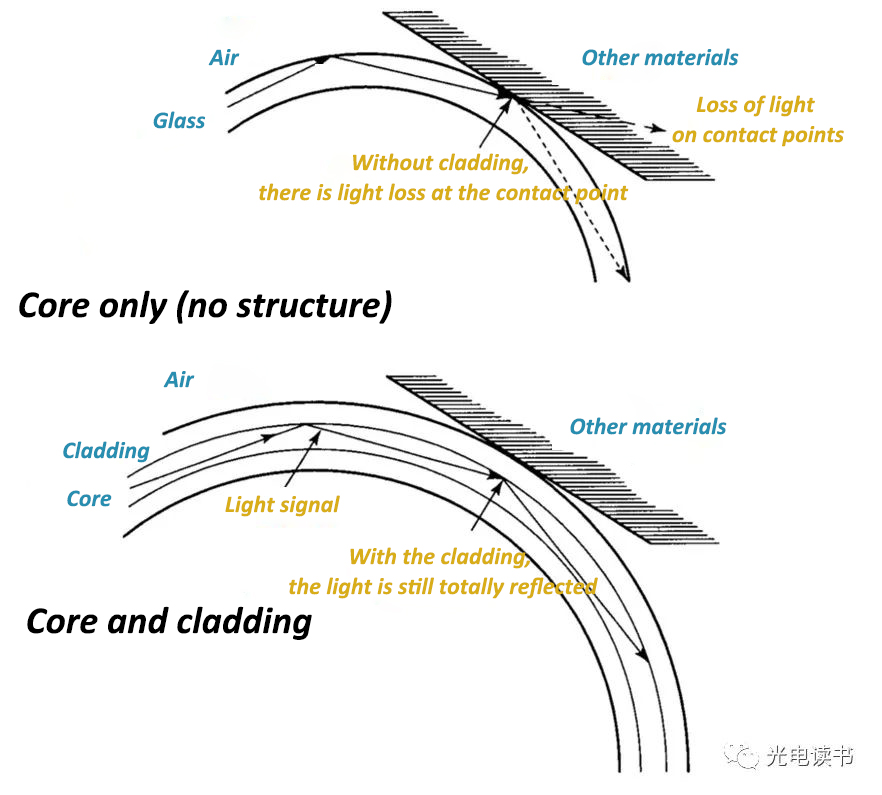 The prototype of a modern fiber optic cladding

1961: Elias Snitzer of the American Optical Company published a theoretical description of a single-mode fiber with a small core, in which light is transmitted in only one waveguide mode, with an optical loss of about 1 decibel per meter. This idea is perfectly feasible for medical instruments inside the human body, but it is far from sufficient as a signal carrier for optical communication. Communication devices need to operate over much longer distances, with optical losses of no more than ten or twenty decibels per kilometer.

-1964: Dr. Kao identifies the key specification for use in long-range communication devices, i.e.: 10-20 dB per km of optical loss. He explains the need for a purer glass to reduce light loss. 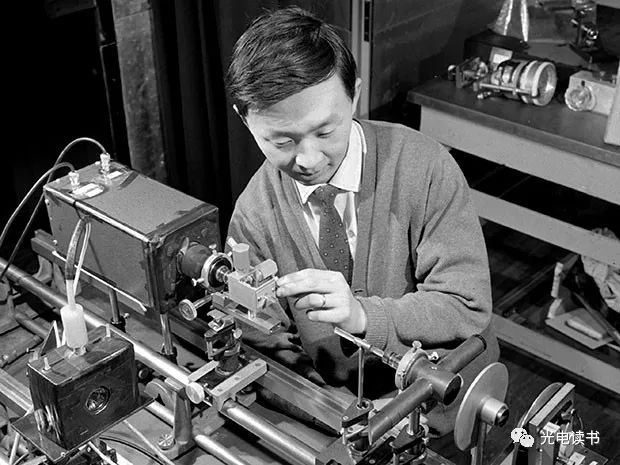 The story goes back to the beginning, who developed the engineered optical fiber? Kao came up with the research goal and Corning solved the problem.

1970: Robert Maurer, Donald Keck and Peter Schultz, researchers at Corning Glass in the United States, begin experiments with quartz glass, a glass material with an extremely high purity, high melting point and low refractive index, and optical fibers (Patent No. 3,711,262) have since made their debut, by then already carrying more than copper wire 65,000 times more information, even to destinations up to a thousand miles away. The team solved the problem posed by Dr. Kao. 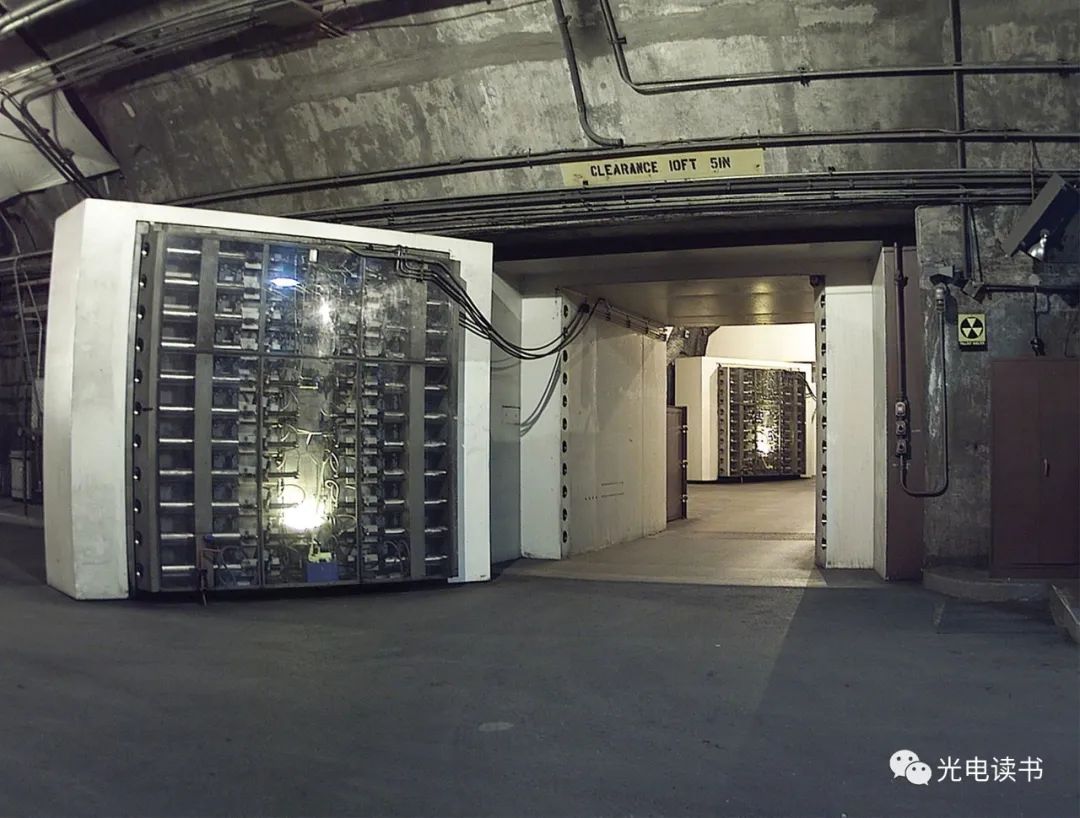 The underground environment of NORAD in the United States

1977: The first fiber optic based telephone communications system was installed approximately 1.5 miles below downtown Chicago. Each fiber is equivalent to 672 voice channels. 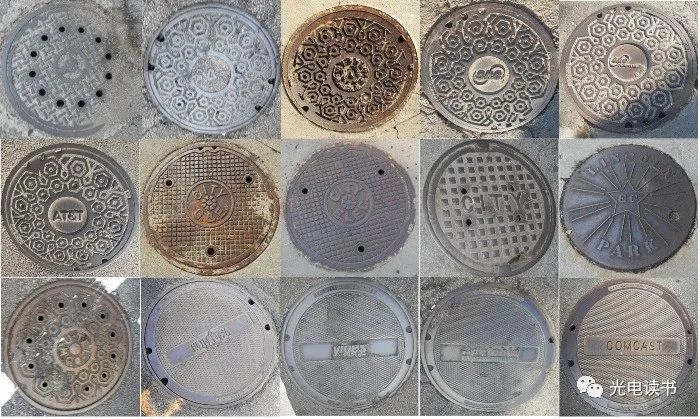 The well cover design is still very distinctive, look for that AT&T

Since then, telephones, telegraphs, cable TV, fiber optic lines, etc. have also become buried just like electric lines, sewers, and natural gas (presumably the one with the AT&T manhole cover). By the end of the last century, over 80% of the world's long distance communications were over fiber optic cables . 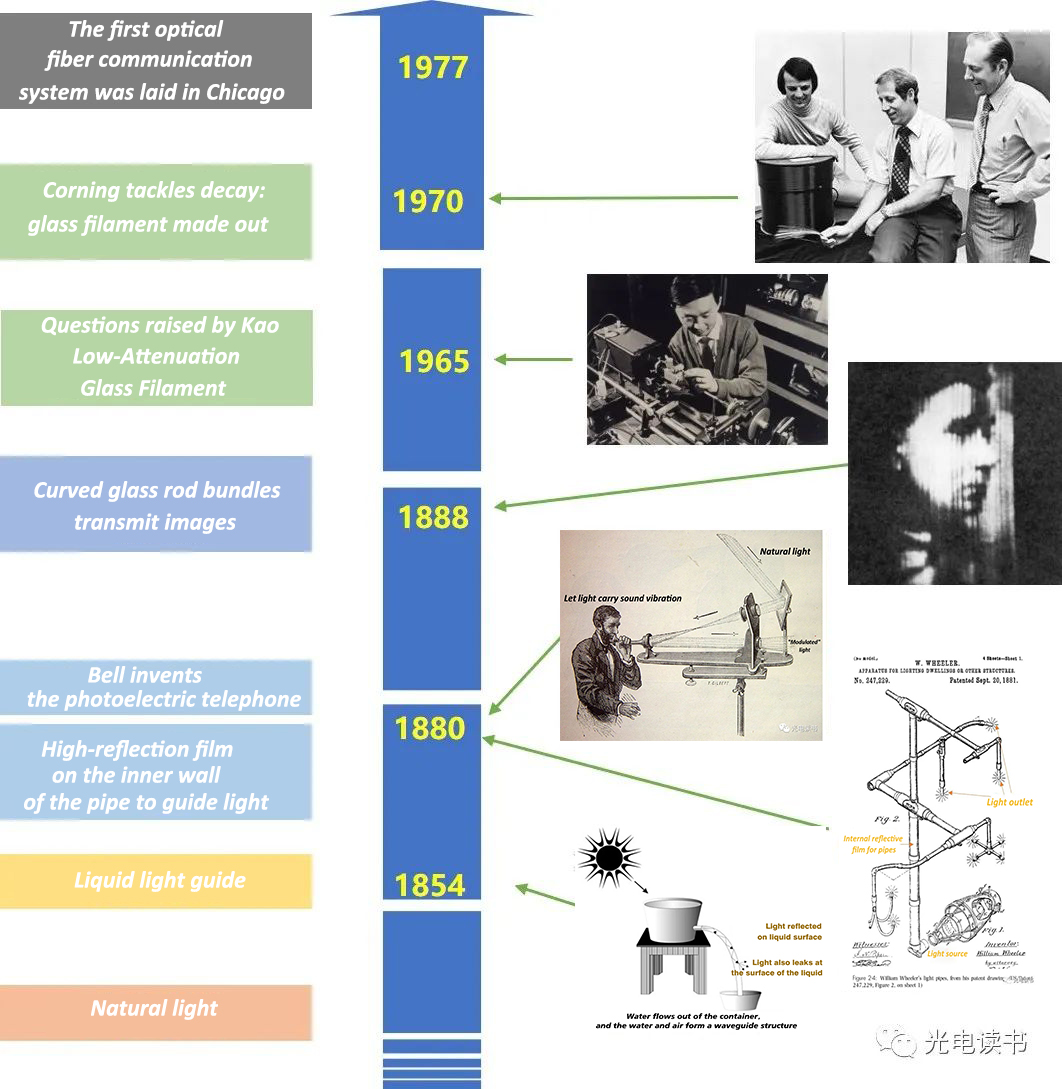 (iii) The future is here, it just hasn't caught on yet

This is definitely not the end of the fiber optic story, the second fiber optic revolution started quietly in the 1980s. Fiber optic sensing technology (fiber sensing) became exceptionally popular in the early 1980s. The US Naval Research Laboratory (NRL) developed fiber optic acoustic sensors that allowed the US military to be under the sea and hear Soviet submarines. David Payne in Southampton, England, was developing optical fibers that could control the polarization state of light, just what the Navy needed for its ocean acoustic sensors.

Payne did not then set out to open nature to give us light, regardless of whether it was a particle or a wave for starters.

Living organisms have given us eyes to observe light.

Physics has helped us to understand light.

Materials science gives us the tools.

From passive enjoyment to active manipulation.

From natural light to artificial light.

From linear propagation to flexible transmission.

The development of fiber optics is a classic example of man's use of nature.

began a revolution, and had not even begun to invent the optical fiber amplifier (EDFA) of which he was so proud. His goal at the time was to develop optical fibers (now often called specialty fibers) with extraordinary properties that would allow them to sense changes in their surroundings. He got the idea from Eli Snitzer, then at the United Technologies Research Center in Connecticut, that glass fibers containing small amounts of neodymium (Neodymium) could sense the outside environment through changes in their light transmission. Does this simply mean that sensing is here to stay? The time has come for rare-earth-doped optical fibers. Fiber-based lasers will become a new field of exploration.